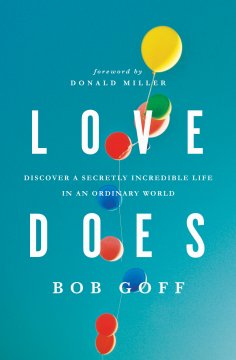 I remember first reading about this guy named Bob Goff in a Donald Miller book. Don made him sound like a pretty cool dude. Then I had a chance to hear my friend Al Andrews (who wrote a book called The Boy, The Kite & The Wind) talk about how this guy named Bob Goff had challenged him to do more than just dream about making a difference in the worldâ€¦but to actually go do it.

Love Does is a collection of stories about Bob’s life. Each story is told in the animated and forward manner you’d hear if Bob were sitting in your living room recounting the experience. Each story also explores a refreshing look at the way Bob perceives God being real and accessibleâ€¦not religious and reserved for the holy few.

The beauty within this book is the encouragement you’ll feel to do more than simply dream your dreams. I felt challenged to do more with my ordinary moments and to look for creative ways to embrace the joy and opportunity that life brings my way every day.

I found the first half of the book to be entertaining and motivating with the second half leading me on a journey to explore how my faith can impact the way I live life with renewed passion.Â With contagious optimism and a bold approach to loving people without conditionâ€¦Bob has inspired and reminded me to dream big, embrace whimsy and do love.

Oh yeahâ€¦and all the proceeds from this book go to helping people in Uganda…so you should buy it!

Get your copy from Amazon HEREâ€¦then let me know what you think.
Leave a comment below…

*I was given this book to review byÂ booksneeze.com. The opinions in this review are mine alone and are not the opinions of the publisher.

Jesus, My Father, The CIA, and Me

Jesus, My Father, The CIA, and Me
A memoir…of sorts
Ian Morgan Cron

This is, hands down, one of the best books I’ve ever read!

I had seen some buzz online about this book and it had piqued my interest. Then I had the privilege of hearing Ian speak at a conference I attended in January. That did it…I started reading that night.

The stories he tells of his life are captivating…the stuff of movies really. The way he turns those stories inside out to chronicle a journey of faith that I found entirely relatable is profound…at the very least. But the writing…holy crap…the writing is nothing short of incredible!

This book is absolutely one of my all-time favorites. I will for sure read it again once my wife returns our copy to me.

YOU NEED TO BUY THIS BOOK AND READ IT TODAY!

Get it on Amazon.com by clicking here.

END_OF_DOCUMENT_TOKEN_TO_BE_REPLACED

I’ve been watching the I Am Second videos online for a couple years now. The storytelling through film is well done and the videos are usually very moving. I love that I Am Second is becoming a kind of movement where people use their life story to say that God is First…I Am Second.

I read the new book released by I Am Second. It is essentially a collection that recaps the stories told in the videos. Each chapter focuses on one persons story and typically goes into a little more depth than that persons video did.

For me it was kind of a let down. I’ve watched quite a few of the videos and felt like I already knew the story that I was reading. Unfortunately, I felt the writing was somewhat inconsistent from chapter to chapter so I was drawn into some stories more than others.

END_OF_DOCUMENT_TOKEN_TO_BE_REPLACED

From Santa To SextingÂ  | Â Brenda Hunter and Kristen BlairÂ

I do part ways with the authors on their position regarding technology and social media. They pretty much purport that children should not have cell phones or access to social media until high school. While I believe in moderation of media consumption, including TV and video games, I don’t lean as far towards limitation as they do (this could be because I’m a bit of a techno-geek and and user of social media.) I do agree there are dangers and that as parents it’s imperitave we’re incredibly involved with our children’s use of technology and their online experience. I don’t necessarily agree that we need to keep our children away from these things for fear that theyÂ mightÂ encounter something bad.

Publishers Info:
It’s a rough, tough world for middle schoolers today. Yet the decisions they face are pivotal, affecting the whole of life.Â FROM SANTA TO SEXTINGÂ discusses the myriad pressures middle schoolers face and empowers parents to guide and protect their children during these important years.

*I was given this book to review byÂ ACU Press/Leafwood Publishers. The opinions in this review are mine alone and are not the opinions of the publisher.

Here are a few of my â€˜non-reviewâ€™ reads over the past few months:

The Boy The Kite and The Wind | Al Andrews
I blogged about this book earlier this year anticipating it’s release. It was cool to finally get my copy and have a chance to give it a read. The story is moving and the illustrations are excellent. I’m really hoping that this book finds a wide audience because the proceeds are going to help those most needy in our world. Find out more about the book and order a copy here. 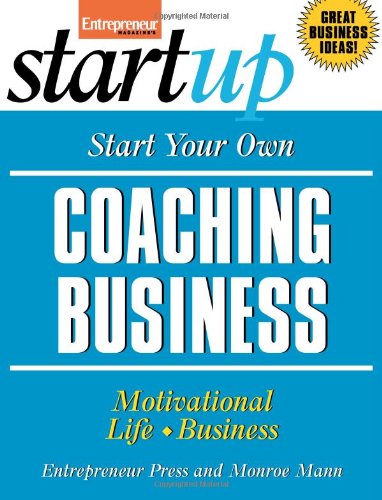 Start Your Own Coaching Business | Monroe Mann
I found this book to be insightful and interesting. Â Motivational Coaching and Speaking are difficult career paths to break into, but Mann gives some helpful direction to the entrepreneur willing to make that leap. Â I enjoyed his distinctions between coaching and consulting. Â There were also some easy-to-understand business accounting methods introduced that could be quite helpful to the first-time small-business owner. Â Overall he does a good job of covering a lot of ground in a short amount of time. Â Not a bad read if this is a subject you’re into. Check it out on Amazon.com. 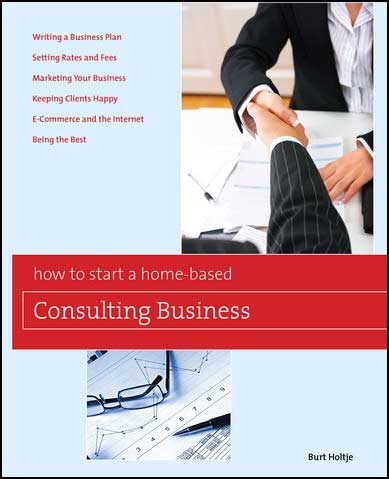 How To Start A Home-Based Consulting Business | Bert Holtje
This book is dually geared towards someone looking to break into the consulting industry and the person utilizing a home-based office for the first time. I appreciated the authors insights on consulting as a career choice. There are many factors to consider. Especially useful was the emphasis placed on writing a business plan. Many books talk about the need to write a solid business plan without giving direction as to how to write said plan, but that was covered in detail within this book. Check it out on Amazon.com. 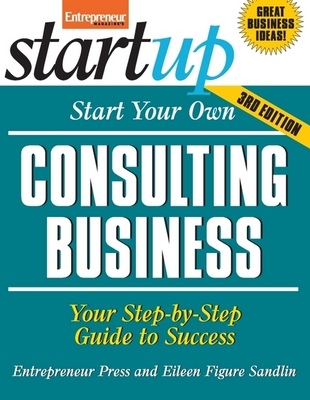 Start Your Own Consulting Business | Eileen Figure Sandlin
I love the practical way Entrepreneur Magazine presents information. Consulting and Coaching are burgeoning industries in the current economy and they have done a good job of exploring what it takes to start a consulting business. While a great deal of the information is pretty basic for anyone who’s been in business for themselves, I can definitely see how a lot of this could help someone just venturing out on their own. There were some great ‘nuggets’ that I was able to pull from this book.Check it out on Amazon.com.